After this article, you will be familiar with the different elements of a topographic map. Which will allow you to understand topo maps and switch easily between different ones.

So, if you want to have the ability to start understanding every map that land on your hands, just give me a little bit of your time and concentration.

Before I start talking about every part of the map, I want to tell you that we will use a USGS map.

But first, what is USGS? They are clear, and they are the ones that most of you will encounter if you go searching for a map.

Don’t be scared if you have or you will use another map or one for another country because if you master the USGS maps, it’s easy for you to read every other topographic map.

The first thing we see at the top right margin of USGS map sheets is :

Maps are generally named after the major natural feature that is located within the area, at the time of map drawing.

The lower margin of this map sheet is what introduces us to the map and what makes it useful.

Without it, it’s hard almost impossible to use the other parts. Because it includes the scale (to correspond the earth distance to the one on the map), different dates (to know how accurate the information we have on the map), declination information, and other stuff that makes the map useful.

If you get overwhelmed by this, just give me a second to explain to you every bit of this USGS map.

At the bottom right of the map, you will notice the road classification, which gives useful information like the size of roads, if the route is state routes or local, etc.

Roads classifications, differentiate from a map to a map, to suit the roads that the map has. Next to the road classification, we have the quadrangle location, which gives us a general idea of the location of this map within the state.

I love this information because, with it, I can quickly visualize the location of the map that I have in between my hands. This is another handy information that you will found below the quadrangle location.

Let’s say that you plan to hike around the Joseph peak in a place that does not appear on your map, but how can you know which maps to search for. This is the role of the adjoining quadrangles because you get the names of the 8 maps that surround the one that you have.

At the center lower margin of the map, we have the scale.

The scale note, give us a ratio of the distance represented on the map to the actual distance.

The scale bar helps us to quickly convert the distance on the map to kilometers, meters, miles, and feet.

Then, we can put it directly on the scale bar to found the approximate actual distance.

Below the scale, we have the contour interval note, which indicates the vertical distance between each contour line on the map.

We will discuss this point in detail in one of the next videos. Moving to the left, we have the declination diagram. It indicates the angular relationship between True North, Grid North, and Magnetic North.

If you don’t know, the True north (or geographic north) is not in the direction which the magnetic compass needle indicates (I will explain why in detail in one of the next videos). For that, we need this diagram that helps us measure this difference.

If you notice, we have four values, the first two indicates the angle between the True North and Magnetic North in degree minutes, and the other two are in Mils, which is an angular measurement used by the military.

The last thing we have in the lower left of the USGS maps are the credits.

Map credits are what gives us information about who produced the map,

geographical data and projections used (to know how to adjust the parameters in our GPS, if we want to use it with this map), and different dates (that are very important to determine how accurate different things like roads, imagery, boundaries, etc).

Now that we finished every detail in the upper margin and the lower margin of this map sheet, let’s go back to the middle. But before that, we have to remind ourselves of what is latitude and longitude. Earth has an invisible grid, that helps us determine every little position on it by just two numbers, called coordinates.

Every location on earth has these two coordinates, which are latitude number and longitude number. At the equator, we are at 0º of latitude.

Lines of latitude run parallel up to 90º North or 90º South.

Lines of latitude are apart from each other by 69 miles. For that, to identity the exact latitude coordinate of different places within this 69 miles, each degree of latitude is divided to 60 minutes And the same thing happens every minute.

In every minute of latitude, we have 60 seconds.

All that to add position precision to this system. The more we move away from the equator to one of the poles, the more degrees number of latitude go up until 90º. Lines of longitude are lines that help us point to how far a position is located east or west to the Greenwich line.

It’s similar to the latitude lines, they are measured using Degrees, Minutes, and Seconds but they are not parallel and they intersect at the poles.

So to express the longitude of a position we always say, Xº East or Xº West.

How to differentiate between lines of latitude and lines of longitude:

If you found it hard to differentiate between lines of latitude and lines of longitude, I have a tip for you.

If we are talking about a mountain peak and I say altitude, you directly add the term high to altitude.

Do the same thing with the altitude lines, they are always vertical from north to south (or in reverse).

This is a little tip to remember the orientation of latitude and longitude lines.

Order of the coordinates

That’s all to remind ourselves of what is the lines of latitude and longitude.

Now let’s continue with elements of the center of our map sheet.

At the four margin corners of the map, we have the geographic coordinates (Latitude and Longitude) in degrees minutes seconds format. The second value we found on the map margin is the State Plane Coordinate System value. In this example, it’s 3 030 000 feet.

If we have the latitude and longitude grid at the international level, the State Plane Coordinate System is the same thing, but just within the united states level. But, why we have two geographic coordinates systems if they are similar.

Good question, the difference between this and the latitude and longitude grid system is that the State Plane Coordinate System follow the boundaries of the state.

There are three projections for the State Plane Coordinate System.

Each state, according to her shape determines the projection that she will use on its maps.

The states that are wide, usually use the Lambert Conformal Conic projection, the other ones that are narrow, use the Transverse Mercator Projection.

Like the projections, each state chooses whether its units will be measured in feet or meters.

That’s all for the State Plane Coordinate System, it’s not that important for us outdoor enthusiasts. For GPS compatible maps, like the one we have in front of us, we have a UTM system that divides the earth into a perpendicular set of grid lines. It this image, we have a UTM northing value of 4 456 000 meters north from the equator. The UTM grid is a kilometric grid, which means, between each corner of the square we have a 1-kilometer difference (which equals 1000 m). That’s all to understand the different elements that come in USGS maps.

Like I’ve said before, if you master this, you can understand any other map type or even maps from other countries.

Why multiple systems to locate positions?

If you have questions like, why we have similar things like the longitude and latitude grid, the State Plane Coordinate System, and UTM system at the same time if all of them serve to locate positions.

I want you to know that these topo maps are not used by us hikers or outdoor enthusiasts only. No, it used also by local civil engineers, army, mining companies, architects, etc. So, everyone will use a different geographic grid system that suits him.

Another thing that I want you to know if you don’t see the utility of some elements, like the declination diagram, is that in this article we did just introduce you to the different elements of a map sheet, this is just an introduction.

In the next one, I will re-explain anything in detail before using it.

And if you still don’t understand something, you have the comments section below to ask your questions. The correct answer in the answer “A”. Because if you go to the top right margin of a USGS map sheet, you will found just the quadrangle name, the state, the map series, and type. The correct answer is “B” because in QUADRANGLE LOCATION we know the map location according to the state that is within. And in the ADJOINING QUADRANGLES, we know the map sheet names for maps surrounding our map. The correct answer is “B”, true north and magnetic north. Like I’ve said before, we gonna see the utility of this diagram in the next videos. The correct answer is “A”, because like I’ve said in the tip, the Latitude word sound similar to the Altitude, and the altitude is always vertical. The first difference we see between this values is that in the first one we have West value first, then North Value. And the opposite in the next choices.

Because we always start with the latitude coordinates, answer A is false.

The difference between the last two choices is the minutes and seconds order. In answer B we have the minutes before the second and the opposite in the choice “C”.

Because the Longitude and latitude coordinates are always in Degrees, Minutes Then Seconds format, the correct answer is “B”. The correct answer is “C”, because like we’ve seen before, the states have the option of choosing to use the feet or meters. The correct answer is “C”, because like we’ve seen before, the states have the option of choosing to use the feet or meters.

Here, don’t be mad if you didn’t get, because it’s a trick question. In the first value, it starts with the degrees and minutes, and in the second one, we start with the minutes then the second, so if you want to subtract 17’30’’ from 40º15’, you will have something like that.

So none of the above will be the correct answer, because if we do the math, we will have something like 39º, etc.

That’s all for this video, don’t forget to use the comments section below to let me know how you did found this video and if you have some improvement ideas. 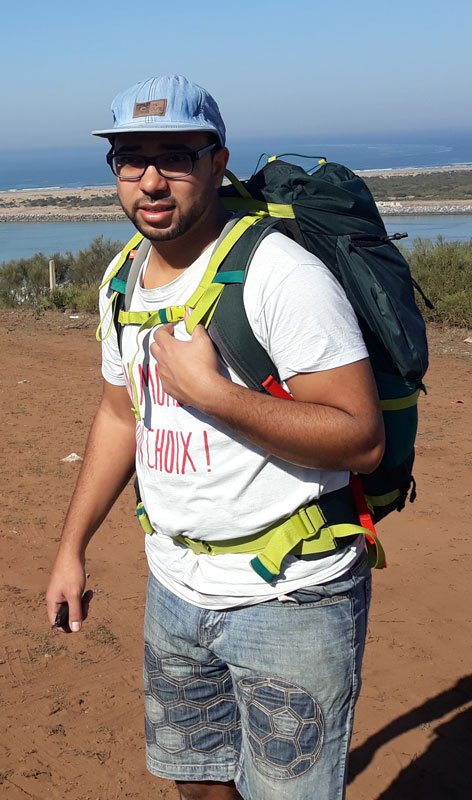